Day of the Canary Islands

On the 30th of May, the Canaries celebrates its day!

What happened on the 30th of May to be important enough to celebrate it? The canaries commemorates, neither more nor less, the anniversary of the first session of the Parliament of the Canary Islands based in Santa Cruz de Tenerife, held on May the 30th year 1983. What does this mean? The Canary Islands autonomous region was proclaimed. It is noteworthy that the first session was as late as in 1983, lets read the reason why: during the First Republic, between 1873 until 1874, there was a shy attempt of forming a government and had another solid attempt during the Second Republic, between 1931 and 1939, but it postponed due to the terrible Spanish Civil War, between 1936 until 1939, and later because of the Franco dictatorship, between 1936 until 1975, which buried all desire for autonomy. Now that we know the reason for the celebration of this day, we move on to the fun part. In the week that includes the 30th of May, it highlights the uniqueness of these fantastic islands and its people, the Canaries or the Fortunate, as many say. It claims their identity and cultural, folklore, sporting and social events are held throughout the week. In tourist areas is not appreciated as much, but in the capitals and throughout the villages, this is a week full of events.

Children at school sing canarian songs, lern dances and they dress up in typical customs of the islands. You can try its delicious gastronomy, where you can find a well-known cold sauce called “mojo picón” or “mojo”, you pronounce it as “moho”, remember that, if you ever want to ask for it in a restaurant. I hereby explain how to prepare it, but first I will advance the ingredients: 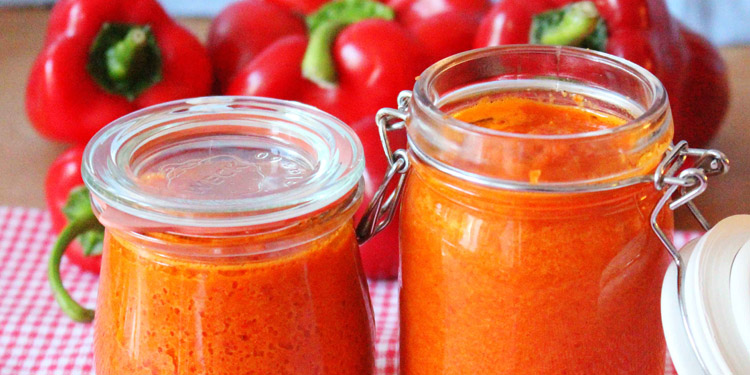 Peel and slice the red peppers and garlic and put together with the rest of the ingredients.  Blend together all the ingredients adding more olive oil according to how thick you like the mojo sauce.

The sauce can accompany delicious boiled potatoes “papas arrugadas”, or grilled meats or simply on a piece of bread, it is just a dream come true! 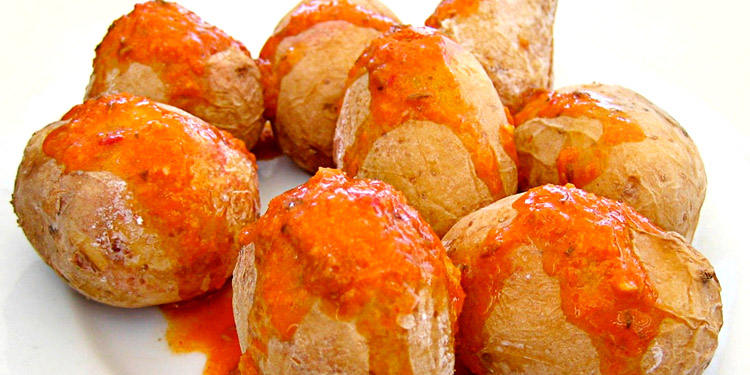