Wind Cave receives a somewhat mystical name, not far from reality. It is a volcanic tube whose total length is about 17 kilometers, ready to be discovered its geological secrets.

Wind Cave is located in the municipality of Icod de Los Vinos, in the north of the island of Tenerife. It is a volcanic pipe that was formed with the lava flows of Pico Viejo, located in the Teide National Park, which erupted in 1798.

The cave is connected with several tunnels at three levels of passages, which make a total of 17 kilometers in length, the longest in the European Union and fifth in the world.

Within it you can see the different types of terraces or geomorphological formations, like waterfalls of lava... . you can as well see the underground fauna, especially invertebrates, as they have greater adaptability in dark places. The vegetation is practically absent due to lack of natural light.

Outside of the Cave you will be able to enjoy other attractions, such as an “Era”, site where formerly wheat threshing was performed to produce gofio (Canarian flour).

To access the Cave helmets are required and flashlights, which will be delivered free at the beginning of the tour in the visitor´s center. Always accompanied by an expert guide who will answer any questions you may have during the visit. Long pants and closed - comfortable shoes are recommended as the track´s inside the cave are very irregular. Children under 5 years old, people with claustrophobia or mobility is not recommended.

If you have an adventurous soul this is the perfect tour for you, you can book it with us from now to next Wednesday here. 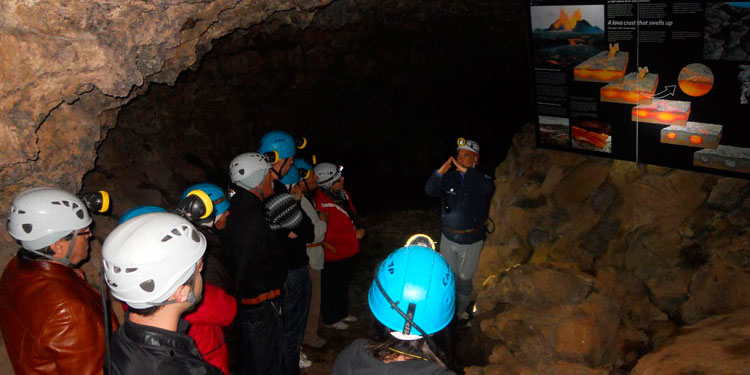 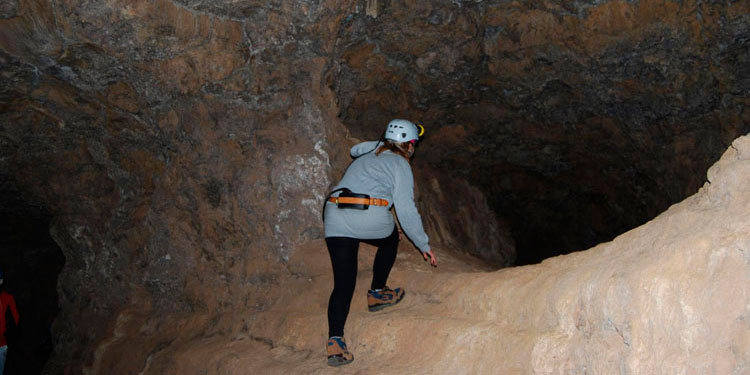