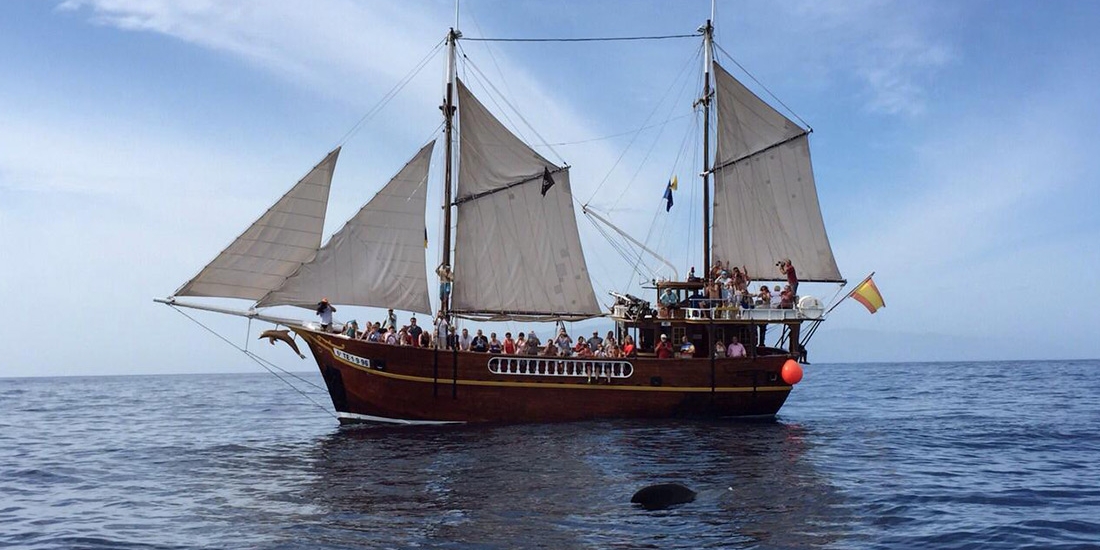 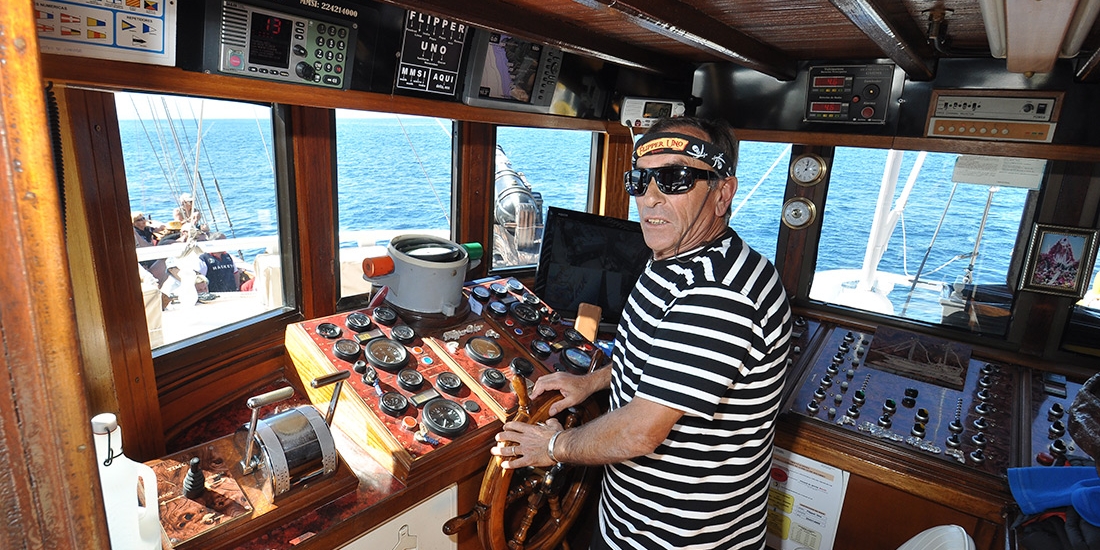 Sailing near the cliffs of Masca and Los Gigantes, one of the highest in the world with points to almost 600 meters. We will anchor in one of the many bays for a nice and refreshing swim.

3 Hours Excursion:
Daily departures in search of the cetaceans, from the Puerto Deportivo de los Gigantes. We stop at Masca Bay for the nice and refreshing swim and later we will visi the cliff. The Flipper Uno has a "zip line" to access the sea in a spectacular way and a multilingual on-board guide.

A trip on the Flipper Uno is never forgotten.

Services included: transport from the hotel to Puerto Colón (check pick up areas).

Lunch included: paella with chicken and vegetables and free bar of drinks.

Departure Port:Puerto Los Gigantes
The name "FLIPPER ONE" comes from the famous dolphin of the television series.
from: 36.00 €
Rates
Adults
36.00 €
0
Children
18.00 €
0
Bus Adult
8.00 €
0
Bus Child
4.00 €
0
Total: 0.00 €
Language
Spanish
English
French
German
Italian
Pickup information:
Pick up time:
Pick up place:
Direction:
See map
You must confirm the pick up point.
Add to cart
Close
Your product has been added to the cart